Home » Aldrich member Chris Martel gets reacquainted with his Dome 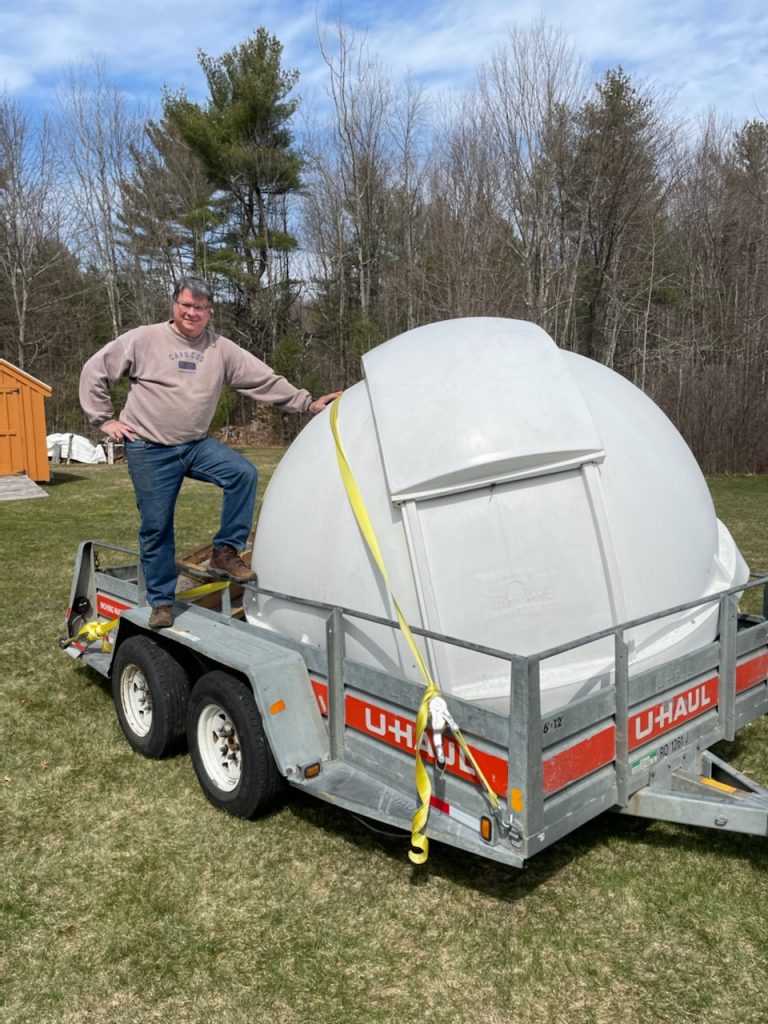 Aldrich member Chris Martel was reunited with his Dome this past Tuesday 4/5 for the first time since he loaned it to the club a few years ago.

Chris sold his house and moved to a property that did not have a yard he could use, so needed a place to keep it until he owned a new home capable of storing and using the observatory again. Well he now has that new home and is anxiously looking to get back to using his Dome for the Astrophotography hobby he loves so much.

Aldrich members Steve Bodine, Kevin Boucher, Len DiPinto, and Bruce Card helped him move the Dome onto a trailer he rented for the occasion.

Although Chris was very thankful for the club letting him store his Dome at our Observatory site, it was also a real pleasure for the club to have the use of the Dome for these last few years.